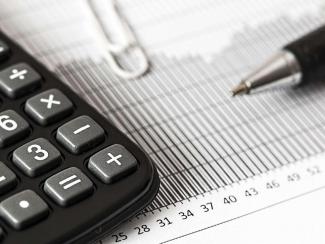 Stocks grew for the third straight month as each of the benchmark indexes listed here posted solid returns in November. Despite unrest in Washington as the impeachment process drones on, investors were encouraged by the possibility of favorable movement toward a resolution of the trade war between the United States and China. While inflation remained stymied, consumer spending remained solid and business fixed investment perked up.

By the close of trading on the last day of the month, each of the benchmark indexes listed here posted gains, led by the Nasdaq, which climbed close to 5.0%. The small caps of the Russell 2000 advanced nearly 4.0%. The large caps of the Dow and S&P 500 also posted solid monthly gains of well over 3.0%. Year-to-date, the Nasdaq is more than 30.0% ahead of its 2018 closing value. In fact, of the indexes listed here, only the Global Dow has not gained at least 20.0% for the year.

By the close of trading on November 29, the price of crude oil (WTI) was $55.17 per barrel, up from the October 31 price of $54.09 per barrel. However, as OPEC meets at the end of November, it is expected that major oil-producing nations will extend production cuts, which may impact prices moving forward. The national average retail regular gasoline price was $2.579 per gallon on November 25, down from the October 28 selling price of $2.596 but $0.040 more than a year ago. The price of gold fell by the end of November, dropping to $1,465.60 by close of business on the 29th, down from its $1,515.10 price at the end of October.

December is typically a slow month for trading. Last December saw stocks plummet, but economic signs in the United States are fairly encouraging.The Federal Reserve reduced interest rates three times so far in 2019, but it is less likely to drop rates again this month. Employment is expected to remain strong, while inflation, fixed business investment, and manufacturing may continue to show weakness.

Data sources: Economic: Based on data from U.S. Bureau of Labor Statistics (unemployment, inflation); U.S. Department of Commerce (GDP, corporate profits, retail sales, housing); S&P/Case-Shiller 20-City Composite Index (home prices); Institute for Supply Management (manufacturing/services). Performance: Based on data reported in WSJ Market Data Center (indexes); U.S. Treasury (Treasury yields); U.S. Energy Information Administration/Bloomberg.com Market Data (oil spot price, WTI Cushing, OK); www.goldprice.org http://www.goldprice.org (spot gold/silver); Oanda/FX Street (currency exchange rates). News items are based on reports from multiple commonly available international news sources (i.e. wire services) and are independently verified when necessary with secondary sources such as government agencies, corporate press releases, or trade organizations. All information is based on sources deemed reliable, but no warranty or guarantee is made as to its accuracy or completeness. Neither the information nor any opinion expressed herein constitutes a solicitation for the purchase or sale of any securities, and should not be relied on as financial advice. Past performance is no guarantee of future results. All investing involves risk, including the potential loss of principal, and there can be no guarantee that any investing strategy will be successful.

Broadridge Investor Communication Solutions, Inc. does not provide investment, tax, legal, or retirement advice or recommendations. The information presented here is not specific to any individual’s personal circumstances. To the extent that this material concerns tax matters, it is not intended or written to be used, and cannot be used, by a taxpayer for the purpose of avoiding penalties that may be imposed by law. Each taxpayer should seek independent advice from a tax professional based on his or her individual circumstances. These materials are provided for general
information and educational purposes based upon publicly available information from sources believed to be reliable — we cannot assure the accuracy or completeness of these materials. The information in these materials may change at any time and without notice.