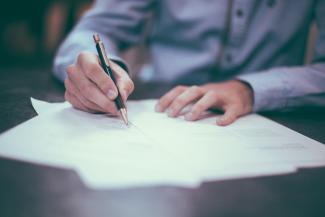 Investors celebrated a month in which several indexes posted their best January performance in three decades. A strong labor market, low inflation, and a more “patient” Federal Reserve Board all sent encouraging messages to investors who were hungry for good news after last December’s precipitous plunge. The Russell 2000 led the charge, closing the month more than 11% higher than its 2018 close, followed by a nearly 10% gain in the Nasdaq, while the S&P 500, Dow, and Global Dow all topped 7%.

Chart reflects price changes, not total return. Because it does not include dividends or splits, it should not
be used to benchmark performance of specific investments.

Note: Due to the partial government shutdown earlier this month, some reports were delayed.

With the federal government now back at full staff (for at least a few weeks), investors look forward to receiving additional data as it becomes available, offering a more comprehensive view of the nation’s economy. Ears will also be carefully attuned to news of any progress in the U.S.-China trade talks.