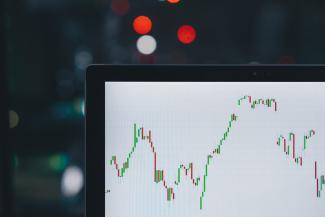 Following a tumultuous close to 2018, stocks enjoyed a robust January. Positive feedback from ongoing negotiations between the United States and China, coupled with strong job growth, low inflation, and stable interest rates, helped fuel investor confidence that pushed the major benchmark indexes to levels not seen in 30 years — despite a partial government work stoppage. Each of the indexes listed here posted notable gains, led by the small-cap Russell 2000, followed by the Nasdaq, S&P 500, Global Dow, and the Dow. Stocks continued to climb in February, albeit not at the breakneck pace of the previous month. Corporate earnings reports were generally positive, and trade talks between the United States and China continued with no deal being reached, but signs of a favorable resolution in sight. The partial government shutdown ended at the end of January. The Federal Open Market Committee indicated that it was inclined to refrain from increasing the federal funds target interest rate range for the foreseeable future. Investors continued to push stocks higher. The Russell 2000 again led the way for February, increasing its value by over 16% over the first two months of 2019. Of the indexes listed here, only the Global Dow failed to gain at least 3.0% (or very close to it) by the end of February.

March saw stock values fluctuate on a fairly regular basis throughout the month. The large caps of the Dow posted minimal end-of-month gains, while the Russell 2000, which had been riding a solid wave of gains during the first two months of the year, took a bit of a dive in March, falling over 2.20% from its February closing value. The Global Dow moved ever so slightly down by the end of March. Only the Nasdaq and S&P 500 posted notable gains for the month.

Nevertheless, the first quarter of 2019 proved to be a positive one for stocks. Each of the benchmark indexes listed here closed the quarter with gains of more than 10% (except for the Global Dow), kicking the year off on very solid footing. Despite signs of a weakening global economy and low inflation, news that the Fed is backing off its plan to increase interest rates helped quell investors’ concerns. Both the technology and energy sectors enjoyed a strong first quarter. By the close of trading on February 28, the price of crude oil (WTI) was $57.26 per barrel, up from the January 31 price of $53.95 per barrel. The national average retail regular gasoline price was $2.623 per gallon on March 25, up from the February 25 selling price of $2.390 but $0.025 lower than a year ago. The price of gold dipped by the end of February, falling to $1,314.40 by close of business on the 28th, down from $1,325.70 at the end of January.

At the close of February, there was guarded optimism that a trade accord between the United States and China would come to fruition. As we leave March, negotiations are still ongoing with no real signs of progress being made. In any case, April may bring with it a heartier employment report while there’s hope that the residential sector will continue to advance. A big unknown heading into April is the aftermath of the Brexit saga and its impact on the global economy.