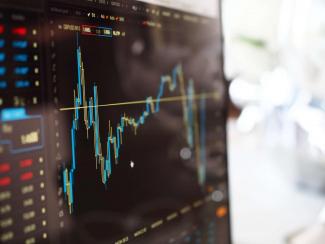 By the close of trading on the last day of the month, each of the benchmark indexes listed here posted gains, led by the tech stocks of the Nasdaq, which climbed more than 3.50% from its September closing value. The large caps of the S&P 500 and the small caps of the Russell 2000 each gained over 2.0% by the end of October, while the Global Dow was close behind. The Dow advanced on the month, but by less than 0.50%. The yield on long-term bonds fluctuated during the month, ultimately closing October about where it began.

Broadridge Investor Communication Solutions, Inc. does not provide investment, tax, legal, or retirement advice or recommendations. The information presented here is not specific to any individual’s personal circumstances. To the extent that this material concerns tax matters, it is not intended or written to be used, and cannot be used, by a taxpayer for the purpose of avoiding penalties that may be imposed by law. Each taxpayer should seek independent advice from a tax professional based on his or her individual circumstances. These materials are provided for general
information and educational purposes based upon publicly available information from sources believed to be reliable — we cannot assure theaccuracy or completeness of these materials. The information in these materials may change at any time and without notice.